I’ve been getting a few questions about the script used to generate the Pokemon Fusion sprites, so I thought I would write a quick blog post to describe the process.

The inspiration of the website was the idea that it should be possible to automate the process of combining pokemon sprites, and each image is automatically generated by a computer script. Some of the results are less impressive than others, but I think that it adds to the fun and makes it that much more satisfying when you come across ones that work really well.

There is a small amount of manual work that goes into adding a new pokemon to the website. It comes down to collecting some basic information about the head’s size and position, as well as the colors that are used.

First, I download the new pokemon’s sprite from Bulbapedia, and manually cut out the head and save it as a new image. The body is also saved separately, and these become the basic parts that are combined with those from other pokemon to create the fusions. 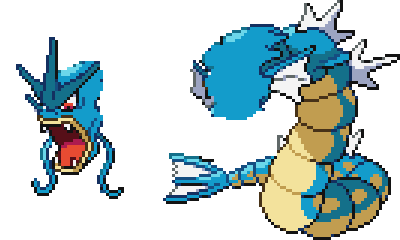 To collect and save each pokemon’s data, I made a simple admin page. 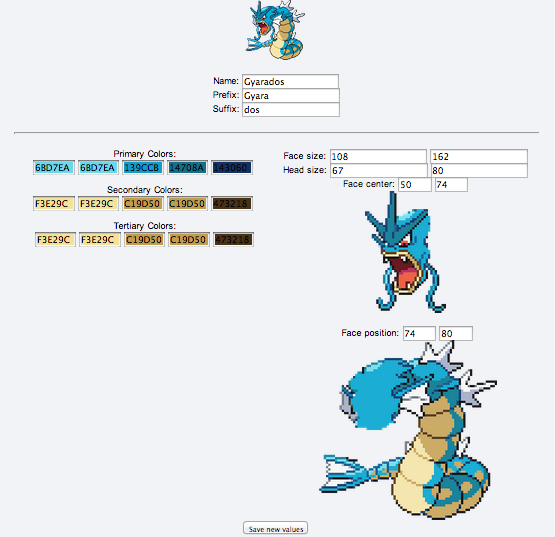 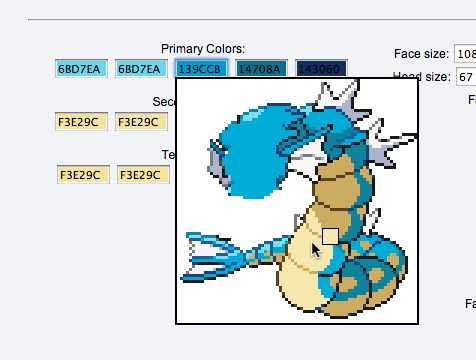 After all of the data is saved, I run my fusion script to combine the new pokemon with all of the existing pokemon. At this point, by just adding a few data points for a new pokemon I can generate over 100 new fusions nearly instantly.

The image processing is done with ImageMagick, and I use the RMagick gem to work with it in Ruby. I plan to open source the code after I clean things up more, but here are the most important parts:

Swap the colors to match the new face

Resize the face to match its new body

First, we compare the heads of the two pokemon and see much bigger/smaller the head we’re working with is. Once we have this ratio, we resize the face image by this ratio.

Since we made defined the head to be smaller than the face (to support irregular faces with beaks, tongues, or whiskers that spill over the head area), this makes sure that the face image isn’t shrunken down too much.

Put the head in the right place

composite is the function that overlays an image over another image, and here we are placing the image face2 on top of the image body1 at the coordinates (face2x, face2y).

After looping over each existing pokemon the script generates all new combinations using the new pokemon, and I just upload the new images and update the site to show the new combinations. 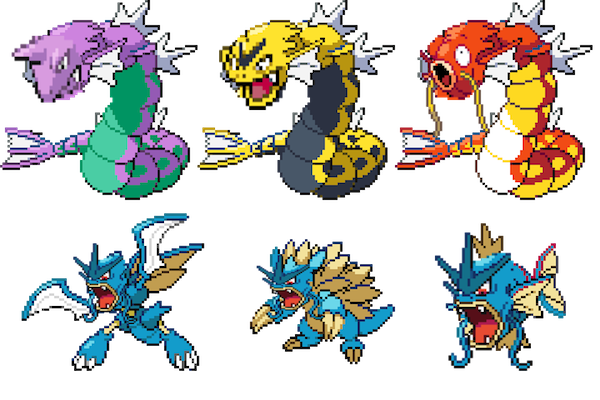 If you have any other questions, feel free to reach out over email or twitter.

Edit: Because I’ve been getting a lot of questions about it, I’ll mention here that I only plan to support the first 151 pokemon for the site. Thanks for your understanding.